No, this has nothing to do with LocoMotion (which I will continue in the future for sure …)
Loconet is a protocol, designed by DigiTrax.

Simply said, in a few words:
Loconet can be seen as a “network topology” for modelrailroading.
Modules are inter-connected by RJ11/12 (6-wire US telephone wire)
It consists out of one or more hosts (computers) and one or multiple slaves.
(modules for controlling turnouts/signals etc …)
Besides this, it can also handle one or more trottles, to control one or more trains …

Here you can read the Personal Edition of the loconet specifications.

Where to start ?
As I’m “into” Arduino (for the moment), I checked the possibility the use Arduino UNO, Arduino Mega,
and ESP32 (later on in the process) So, I found out there is a Loconet library available for Arduino,
and based on the samples, I started my own project(s).
As hardware, you need dedicated pin 8 (ICSP) and another pin, to have RX/TX to Loconet.
A simple schematic with a few resistors and a BC547 (NPN transistor) will do the trick !
You need to use this library.
And in your “setup” you need to use Loconet.init(X); (Where X needs to be replaced by your second use Loconet pin)

You may also looking for a way to connect your prototyping board to loconet.
The standard loconet connector does NOT fit on a prototyping board, but I did find a solution for this.
What you need is a connector from SparkFun, article code BOB-14021. 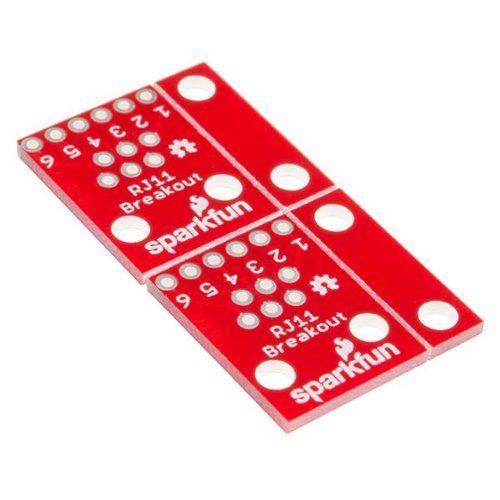 They are sold per 2 (you need to break them off), they form a connection between an RJ-11 connector,
and the standard 2.54 mm spacing on a typical prototyping board.
Next, you also need to order 2x RJ-11 connector, Sparkfun article code PRT-00132. 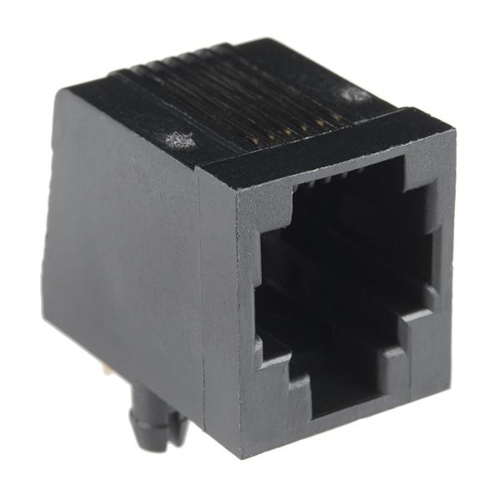 You also need a “connection” between you Loconet modules and your PC.
(Or use a command station with built-in Loconet connection)
I started with an Uhlenbrock 63130 USB-Loconet interface. (It’s the same as the 63120, but more cheap,
because you don’t get the CD-Rom with Uhlenbrock Loconet tools with it, and trust me, you really don’t need this tools !) 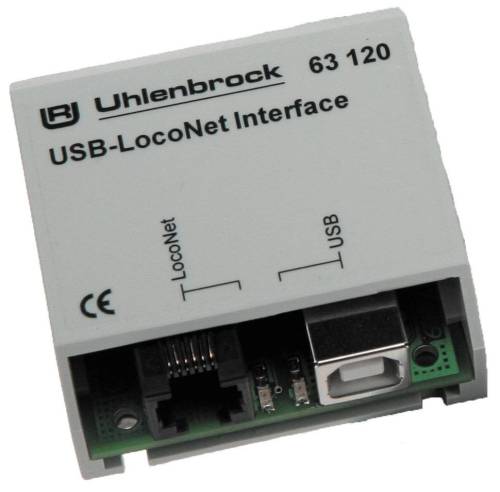 Because I needed a way to connect Loconet, without USB (I want to run Rocrail on a Raspberry Pi,
so for sure no USB drivers under the ARM platform), I bought an ethernet-Loconet buffer (GCA101v2) from Peter Gilling.
More info here (It comes as a kit, so you have to solder it yourself) 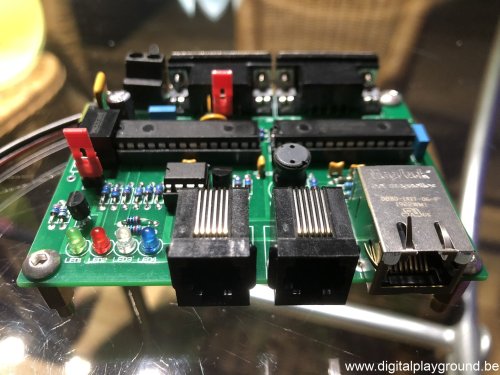 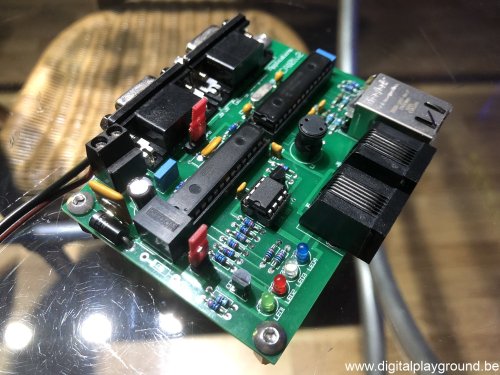 To test and learn the Loconet functionality, I also bought an I/O module (also in kit-form, also from Peter) GCA500
More info here 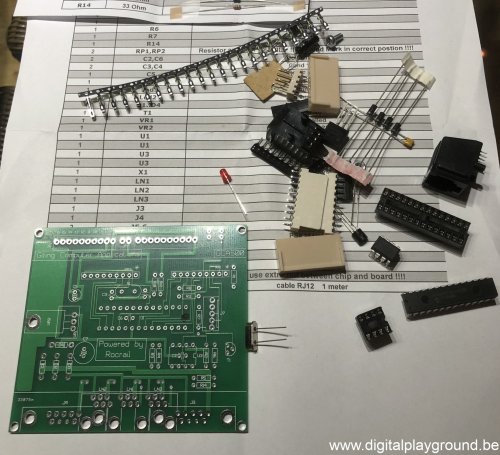 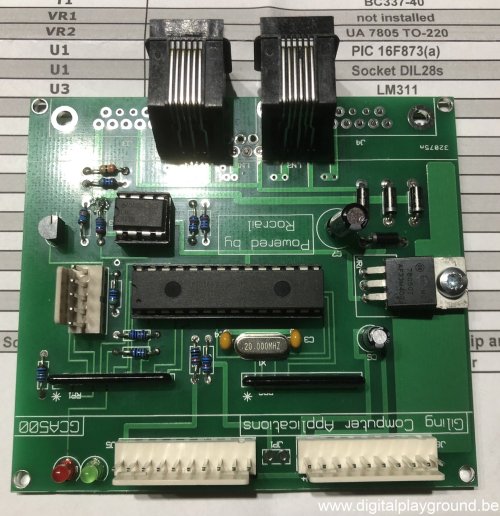 Furthermore, Peter also has a Loconet Arduino shield, in his product range, so I also order this.
So, with the Loconet library for Arduino, you can build your own Loconet creations …
This shield works with the Arduino UNO and the Arduino Mega.
You need to connect pin 48 to pin 8 on the Arduino Mega, in fact you need to do this for all Loconet projects !
(not only for the PCBs from Peter, but also for the PCBs from Nico (look further in this article)
GCA185 – More info here 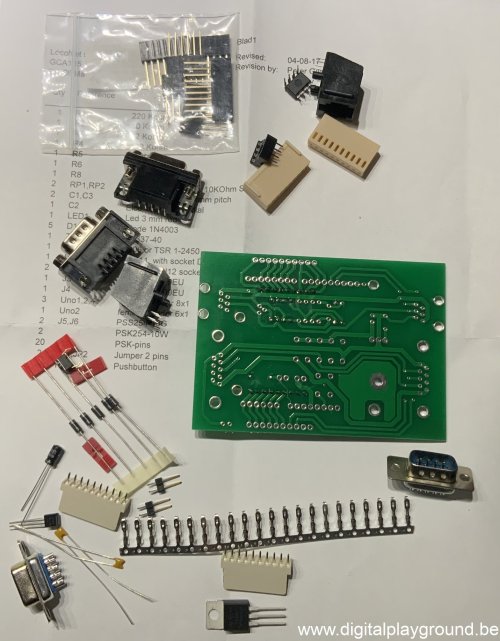 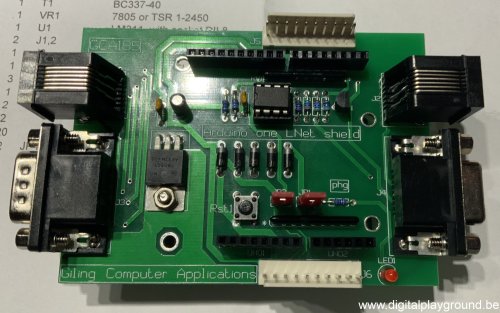 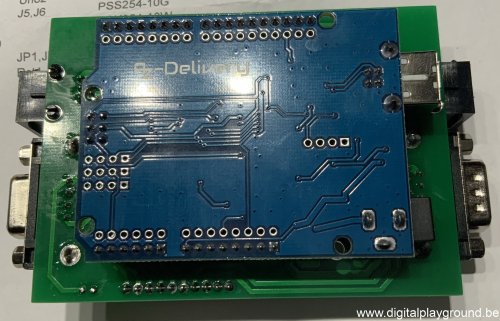 Furthermore, I also discovered the products of Nico Teering on https://www.arcomora.com
Nico does not only sell Loconet modules, but also DCCNext, a DCC decoder, with 16 configurable I/O ports.
(where you for example can connect upto 12 servo’s, with bounce-back functionality !)
More info on DCCNext can be found here.
And for ArLoco, Nico’s Loconet Arduino Shield, you need to look here.
He even offers an “Okkie”, a small PCB to put between your rails and the ArLoco, for DCC occupancy feedback.
Nico is offering these PCBs as kits, so you have to solder them yourself.
These are kits of very high quality, with a low price that is hardly to believe 🙂 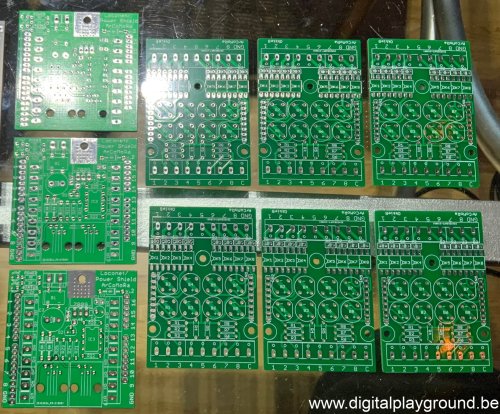 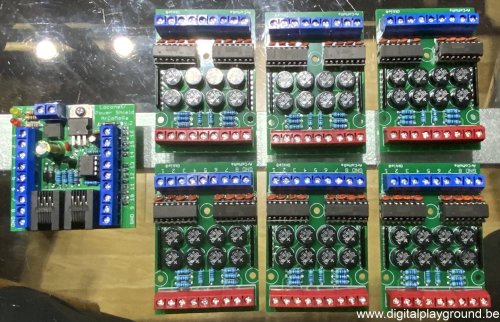 This entry was posted in Blog, Electronics, Railroading. Bookmark the permalink.

2 Responses to Loconet – Part I – Introduction